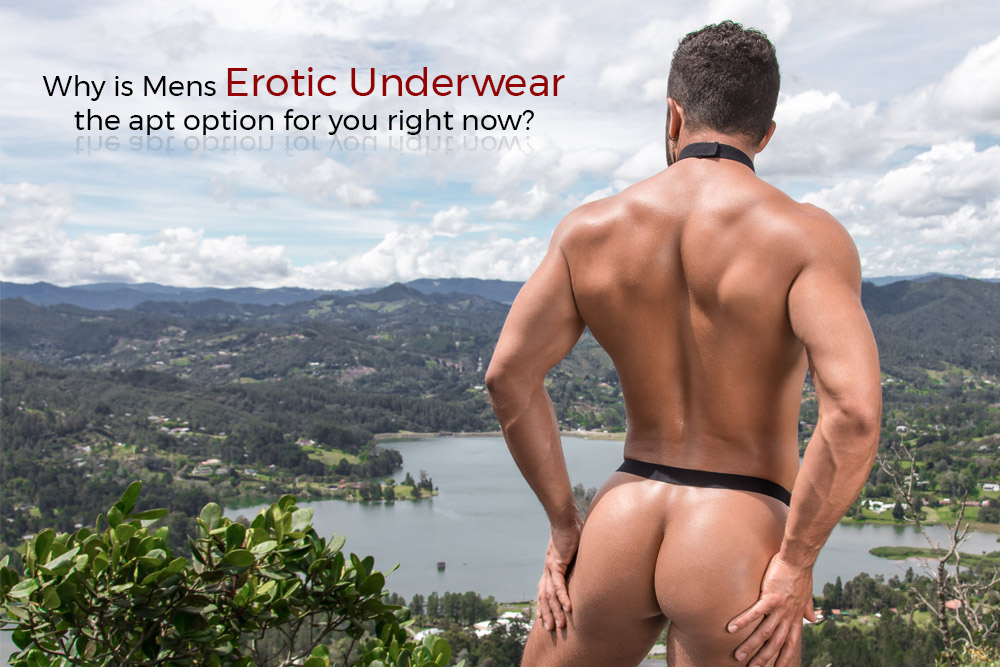 The Assistance is Still Sincere

What would you check for when purchasing your first pair of male thongs? Will it be the reassurance and comfort or the allure of sex and eroticism? Why would you think about it if you could have all four defining characteristics?

The Appearances Are Extraordinary

If you want something that perfectly captures your desire for your manhood and its allure for sex, look no further. No other category would be able to serve you better when it comes to styles that gradually reveal you. There are endless possibilities for exposing oneself, from mens sheer underwear styles to breathtakingly inventive cut-outs. When it comes to exposure, what are you looking for? The material, cuts, or accessories that ensure your best features are displayed.

The Allure Of Sex Appeal Does Not Disappoint

If it weren’t for the sex appeal that raised eyebrows, why would you choose lacy jockstraps or seductive g-string underwear? You’re in the correct place and looking in the proper category if that’s what you’re looking for. The style’s sex appeal increases abruptly since you can feel your confidence rising below the belt, and that’s what works for you rather than gradually.

The Coziness Is Unparalleled

The short version of the story: wouldn’t you feel the comfort creep in if there was no fabric (or very little fabric)? With a few fabric panels, especially in the summer, you could stay in touch with your skin and prevent perspiration. Additionally, there will be a bag to prevent chafing and abrasions on your manhood. You would feel at ease with this.

Cuts and coverage vary among the bikini underwear for men collections offered by companies like Cover Male, Good Devil, Joe Snyder, and many more. The cuts range from traditional to Brazilian and even string.

The assortment is focused on sheer panels, pouches with the ideal amount of coverage, high cuts, and lively colors.

G-string is a term that explains a lot about how sexy things may be in fashion. The various labels’ collections of men’s g-string underwear are designed for situations where you don’t want to let go off easily. Made specifically for romantic occasions, the look is seamless, scarcely there, and chic.