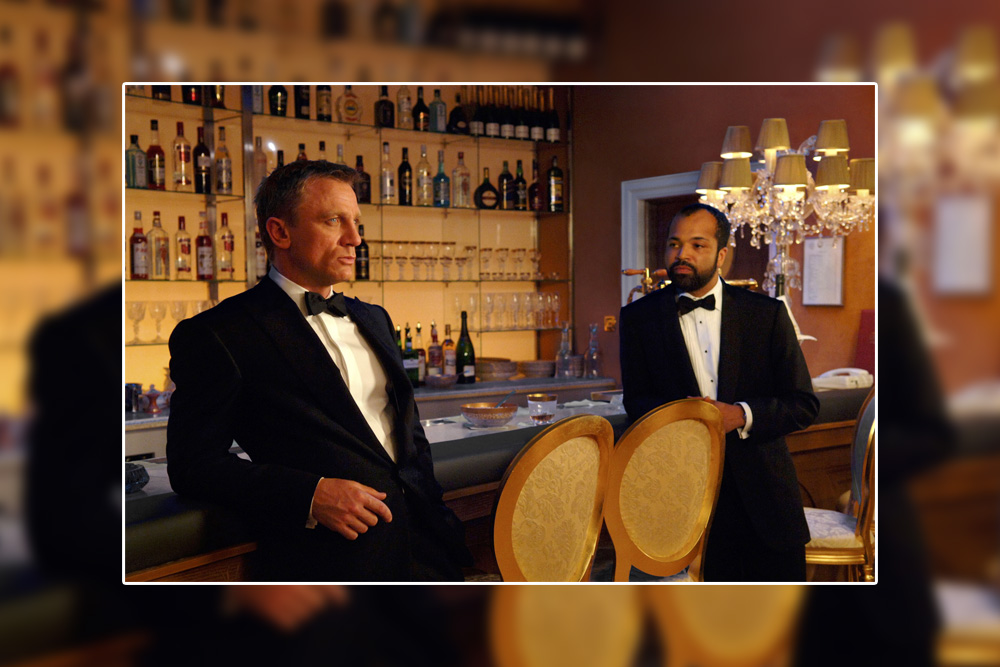 Living a bond life is no piece of cake. Bond is a spy, detective, martial artist, and assassin which means extra protection, comfort, and higher possibility. Other personality traits which make James Bond a unique individual are sensible, calm, mature, and sly.  Just check out his men’s underwear styles.

Just like any other individual, Bond has issues. Hence, Bone never makes friends or long-lasting relationships, Vesper is all he has. Well, the list is long, and describing that is not our focus. What we want to know is “what makes him so efficient?”

The answer is ” comfortable and lightweight men’s underwear“.

Gone are those days when the options were less in the men’s underwear category. All you had was briefs or boxers. Thanks to the designers who took the initiative of providing a variety of underwear for men.

Though there are several styles such as jockstrap, men’s g-string underwear, bikini underwear for men. However, when it comes to staying confident and comfortable while performing everyday activities like James Bond, briefs, male boxers, and men’s boxer brief underwear must be in your underwear drawer.

Men have deep and old connections with boxers. In other words, boxers are one of the classics of the underwear world, and trust us, they are still in the race. Don’t believe us? check your boyfriend or husband’s closet.

When it comes to living a tough life like James Bond, Boxers do stand on our list because they are comfortable and lose fit. Besides that, they are coming in slightly fitted silhouettes made out of quality fabrics.

The wearer feels easy and enjoys a breezy fit when paired with this style of male underwear with the right pants. Speaking about the performance, boxers for men are extremely versatile. Besides wearing formal trousers, you may wear them for bedtime and lounging.

Look at that confidence in Bond’s eyes while he is standing in front of the enemy with his gun, how do you feel must have inculcated in his personality? Along with years of hard work, that little pair of men’s underwear do plays a major role.

Wearing a pair of boxer briefs for men can help you out to stay confident and calm in such situations. This comfortable men’s underwear is hybrid of two styles- briefs and boxers. Boxer briefs for men conform with your body, offer a firm foundation for your private parts. Further, they function differently than boxers in some significant ways.

This simple and elegant pair of male underwear allows your pants to hang freely and move easily with you. Besides that, it offers great support to your manhood during your day-to-day activities. Whether it’s about proving your point in front of your boss or perform squats, this male underwear is a perfect style.

The fabrics used in making waistband are synthetic and spandex due to which excellent compression and support are offered to muscles of your glutes and thighs from your waistband down.

This pair of underwear comes in a variety of leg lengths. If someone is looking for extra support while workout and sports, Boxer briefs with longer legs are what you need. Whereas, boxer briefs with shorters cut legs, including trunk-style pairs are perfect for attaining a slimming look for many men.From dress for comfort to performance with moisture-wicking technology, everything is possible with boxer briefs for men. For soft feel or high-tech performance, styles with synthetic and spandex blends, modal fabric or cotton sounds great.

This pair of men’s underwear is loved by men globally, Briefs are what they have known from. Brief underwear for men offers good hygiene especially to those who love going commando. This sexy male underwear keeps your manhood protected from bacteria and infection from spreading.

Further, brief underwear for men absorbs heat and moisture, keeps everything as dry and clean as possible. This even prevents chafing. Support is the most important factor which men look for in any pair of underwear. Surprisingly, short and snug brief underwear keeps your manhood supported.

Besides style, size matters a lot. If your underwear is bigger than yours, support cannot be attained. On the other hand, if your male underwear is smaller than yours, discomfort is definite. Hence, it’s important to know your size.

If you feel more comfortable in briefs rather than boxers or men’s boxer briefs, you may go ahead and will also look confident in it. The reason, it’s comfortable. Briefs are likewise a decent choice for fashionista because they permit you to grow your closet in a manner boxers usually don’t. Further, they’re cozy, tight, and remains unnoticeable. As a result, you don’t have to get embarrassed in front of thousands of people.

So now you know, how to live Bond’s life. If you are new to boxer briefs or male jockstrap or men’s g-string underwear, ilovemyundies help you understand every style.

James Roder coming up with his men’s underwear range