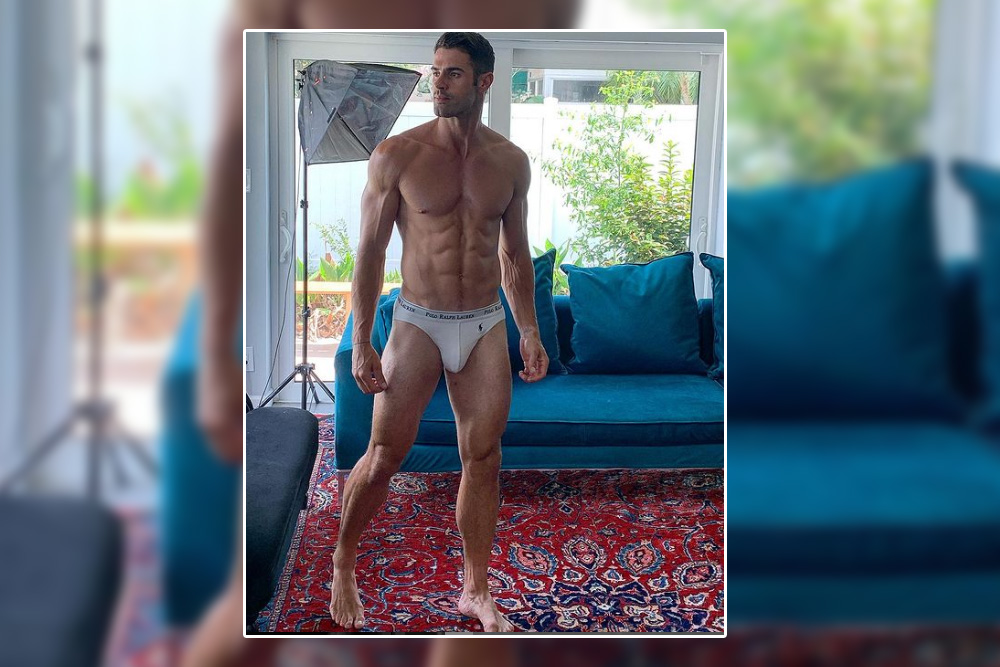 Underwear or lingerie, the sexiest form of clothing, and when they are worn by a tall, dark, handsome man with a sculpted body, the charm of this simple-looking underwear increases to another level. Especially when worn by the sexiest men’s underwear models. This blog will make you aware of the sexiest male underwear models whom you can stare at and turn your bad day into a good day.

Tyson Ballou was born in Garland, Texas. Tyson Ballou became one of the fashion industry’s most sought-after male models. Tyson started his modeling career at the age of 15 with the modeling agency, Page Parkes.

Furthermore, in the year 1997, Ford Models came to Tyson Ballou and took him for modeling to New York City. Later in September 1998, Tyson switched to IMG which is the most famously modeling for Emporio Armani underwear for men.

While he was working at a clothing store, Tobias is was discovered by an Elite Model Management agent. Tobias Sorensen is a Copenhagen-born model. Further, he went to Paris Fashion Week to walk in the Kris Van Assche show after few weeks. Along with that, he has walked for other men’s underwear brands such as Dolce & Gabbana, Vivienne Westwood, Giorgio Armani, and Elie Tahari.

People who have seen Tobias Sorensen must have noticed a scar on his left cheek. Thanks to the dog who attacked him while he was a child as it makes him look more killer.

This sexy male underwear model is a Germany-born and Italy-raised men’s underwear model. Furthermore, when Fabio was just a child his Indian mother and Italian father moved to Italy and from there, he started his modeling career.

Before the family moved to New York, David Agbodji lived for 10 years in Moscow. David Agbodji was born on May 8, 1987, in Paris. You will be surprised to know that David’s modeling career didn’t start with the help of some big or fancy modeling agency, college became the reason behind his successful modeling career.

David’s friend once asked him to model some of his clothes while he was in college. And guess what, girls at the fashion show went mad for him.

All those men who are fans of David can now shop their favorite pair of men’s underwear from their own underwear range with Marks & Spencer.

It’s alright if you cannot take your eyes from Chad White’s killer smile and sculpted body. This print and runway model has been in the good books of designers Dolce & Gabbana and Hugo Boss.

With more than 190,000 fans on his chadwhite21 Instagram account, he has grown extremely popular on social media as well.

Brian who was discovered at John Mayer’s concert, by a model scout in New Jersey is based out of West Caldwell. Brian was born on September 12, 1984. Furthermore, he started his modeling career for L’Officiel Hommes editorial by Milan Vukmirovic, in Paris.

Besides modeling, he is also a photographer and lives in New York. Brian has famously modeled for Versace underwear. You may even find him doing fishing, swimming, baseball, mountain biking, and hiking.

Recognized after winning the 2005 Portuguese Elite Model Look contest, Gonçalo Teixeira is also the face of the international advertising campaign for Guess Accessories. Furthermore, you may find him posing for magazines such as GQ and Men’s Health.

Gonçalo Teixeira even won a Portuguese Golden Globe in the year 2011 and 2012 for men’s underwear models.

If looking for a website for underwear reviews, suggestions, and more, visit ilovemyundies.com