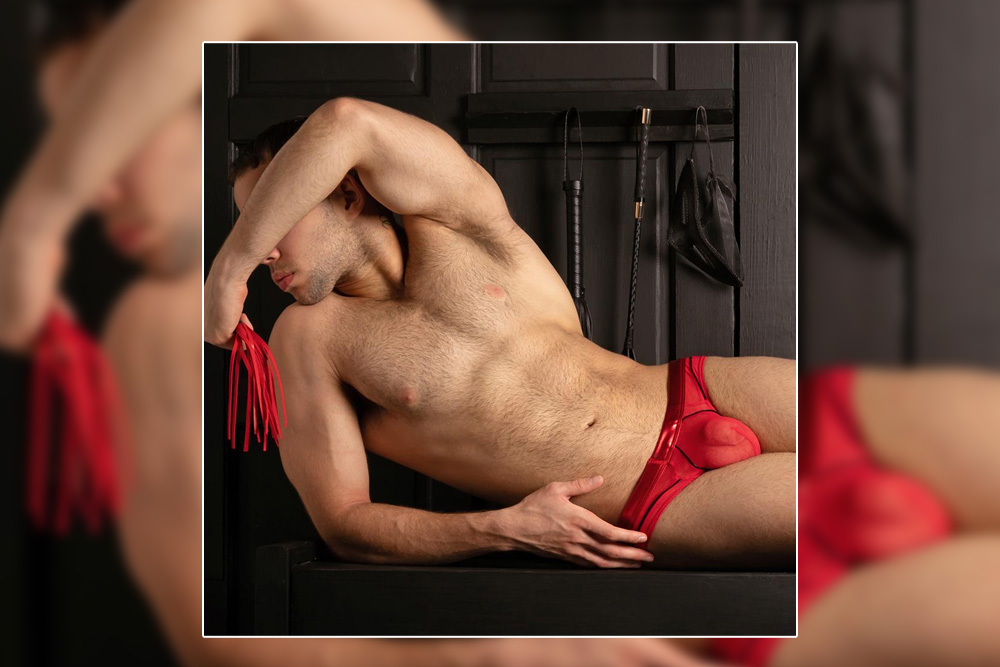 Designing Gay Underwear is not an easy task to do. Being experimental people, they prefer styles of lingerie that can define their features very well. Gay men prefer gravity-defying butt-lifting briefs for men, mesh jockstraps for men, and fitted trunks. Gay Underwear style is common as other men.

No matter whether you are straight or gay, when a comfortable and stylish pair of underwear will enhance your manly features you gonna love it. Just admit that!

Therefore, we have a special place for these gay underwear designers in our hearts. They have been working hard to impress the IGBTQ community with their amazing styles of underwear. And we have to say, Yes they have made them a fan of their craftsmanship and designs. We are proud to present these gay underwear brands as not only they are taking good care of the design but have taken good care of features- comfortable and supportive.

We are proud to present these brilliant lingerie brands through our gay underwear blog.

Those of you who are familiar with revered underwear brand Timoteo, then how can you not know or love its raunchy big daddy CellBlock13. With its risqué and enticing underwear designs, their collection of men’s underwear lets you be “yourself” unapologetically. And that’s the reason why we love this brand so much.

CellBlock13 underwear styles for men are made from viscose, neoprene, and spandex. So don’t be surprised if you feel as if nothing is covering your male genitals down there. CellBlock13 underwear representation of solace and personality. Did we specify it’ll also accentuate all the right areas?

Don’t get surprised if you suddenly start feeling like some gay underwear model after slipping into Andrew Christain’s underwear style.

Gay Men who are planning to invest in any style of Andrew Christain, this piece of advice is for them. Begin with its male jockstrap underwear range. The reason behind, its jocks are described as the equivalent of a push-up bra. Andrew Christian underwear for men will offer definitive support and lift for down there.

Very much like its German capital, Barcode Berlin welcomes you to investigate your sexuality through expressing yourself fully.

Whatever you’re into, you can be certain this gay underwear brand has precisely what you need to experience your dreams. From men’s splendid and strong male g-strings underwear to harnesses and fetish mesh-based men’s jockstrap underwear.

Barcode Berlin promise to give the merchandise… yet just on the off chance that you can keep up.

Try not to take the name in a real sense – Rufskin underwear and swimwear for men is the direct inverse of its namesake. Hailing from bright California, this brand’s gay underwear is famous for its cutting-edge silhouettes and trying patterns that will suit any man. Rufskin men’s underwear is designed in great materials, the choice of men’s mesh underwear and spandex is just as agreeable as they are strong. Need to complement your best resources? Their contoured pouches will get the job done. Need we say more?

PUMP underwear styles for men are the perfect blend of underwear with a sense of sport with fun fashion trends and daring ideas. PIMP! underwear range comprises styles such as boxer briefs, briefs, and jockstrap underwear for men. Speaking about the choice of fabrics, they include microfiber, cotton, mesh, etc and all these fabrics are famous for offering breathability and comfort. To enhance the breathability and sexiness factor in men’s underwear, mesh is used. Whereas for softness and intense comfort, designers create styles out of Microfiber or cotton.

So now you know the brands which you need to consult before investing in any styles of male lingerie. Therefore, it’s time to ditch boring boxers and uncomfortable underwear from ” not-so-deserving” brands and switch to sleek and stylish pairs of men’s briefs and thongs and men’s jockstrap underwear from such amazing brands.

Why Investing In Kyle Soft Thong Underwear For Men Is A Great Idea?

These Men’s Underwear Styles Will Embrace Your Gay Men Personality