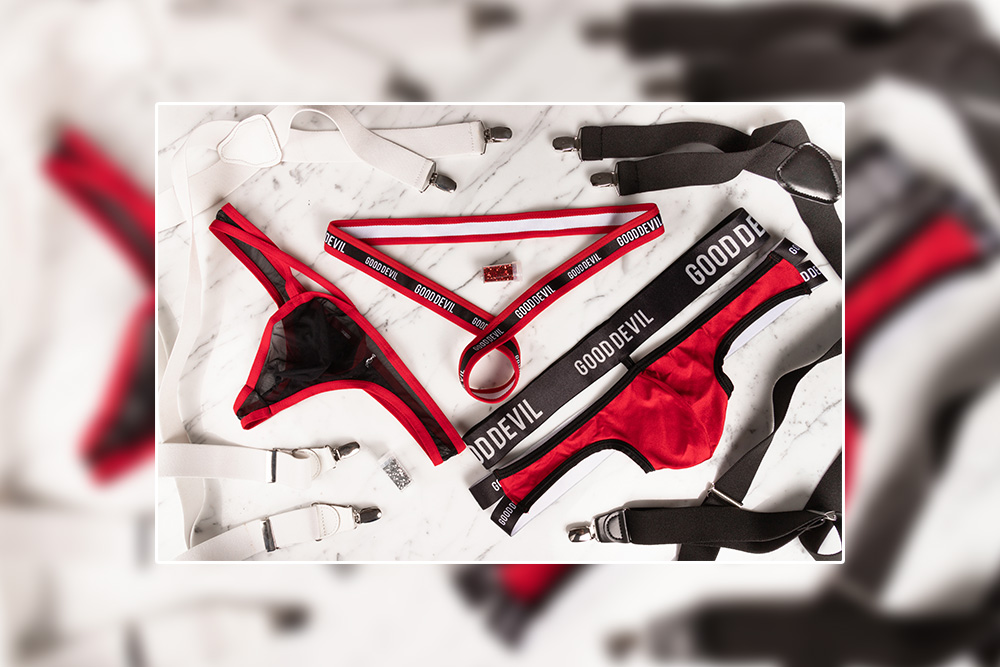 It is only an exception if you are a popular celebrity who has the right to show off his men’s underwear in public and will be appreciated for it. If you are a commoner, no one is as such interested in seeing you strip down to your basics. Well, that doesn’t mean you shouldn’t be wearing visually appealing men’s fashion underwear that makes you feel good and is a perfect companion for your assets.

This is a blog that will lay down every possible detail about your men’s underwear and everything related to your manhood.

What is men’s underwear?

As per Wikipedia, “Undergarments or underwear are items of clothing worn beneath outer clothes, usually in direct contact with the skin, although they may comprise more than a single layer. They serve to keep outer garments from being soiled or damaged by bodily excretions, to lessen the friction of outerwear against the skin, to shape the body, and to provide concealment or support for parts of it.”

A brief history of underwear for men

Figleaves: It’s believed that the ancestors started wearing—uh! No, they basically failed to wear it but covered their male anatomy with fig leaves put together. This was very comfortable and sturdy than cotton or the other fabric. Wouldn’t you think that how beneficial would it have been if the leaves were used below the belt? It would be sustainable, eco-friendly and you would be bound to change them once they were no longer useful. Wouldn’t they?

Loincloth: It absolutely was back around 3000 B.C. or 7000 years ago that men switched to loincloth for their fashion underwear for men. In that era (late in 1353 B.C.), King Tut went was buried with 145 loincloths. Well, that is a lot for sure. The leather loincloth was considered the strongest and sturdiest of all the varieties available.

The Braies: With time passing through, it was finally the time when braies took over the industry, and loincloth was gone. This happened in the 1300 B.C. By looks, braies were loose boxers-like underwear with a drawstring waistband that made it easy for the wearer to get the right fit. Made out of linen, these were quite comfortable.

The Codpiece: First of its kind, the codpiece was the primary men’s enhancing underwear worn by men. Introduced around the 16th century, the garment came was designed with drawstrings (not on the waistband, but the pouch) or snap buttons to produce quick access for emergencies.

The Union Suit: What looks more sort of a female jumpsuit, earlier was called the undergarment. The one-piece, body-hugging suit that featured button opening from the highest bottom and rear flaps, called “access hatches,” “drop seats,” or “fireman’s flaps.” These flaps helped you sit easily within the toilet.

Men’s briefs: It had been previously in 1935 when men got their first pair of men’s brief underwear. The snug fit, short structure, and male anatomy kept together was the most motto of the tighty whiteys that featured functional fly for simple access.

Boxer Briefs: The 1990s saw an upsurge with the introduction of men’s boxer brief underwear after the requirement for something more supportive than boxers (1925) and softer than briefs. Boxer briefs for men could stretch well and go along the thighs till the knee.

With time, now you have so many distinct men’s designer underwear styles for every possible occasion.

What styles are available today?

Men’s briefs have been around since the 1800s. Viewed as one of the most mainstream standard underwear for men among other men’s fashion underwear styles. This style gives coverage to your whole butt and crotch however uncovered your thighs and side-legs. Profoundly proficient for wearing every day. It is worn for exercising and everyday work.

Men’s boxer briefs were at first planned with a cover-up to your thighs, however more current variants of them presently cover just one-third of your thighs. They were introduced to be more comfortable than the tighty-whiteys. This style is energetically recommended for sports and proactive tasks as it forestalls chafing, contamination, and rashes.

Men’s bikini underwear is viewed as extraordinary compared to other men’s swimwear and summer wear because of its capacity to keep your crotch dry even in the harshest of summers. The men’s sexy underwear style has an insignificant plan comprising of a minimal fabric that stretches to your back and keeps your butt semi-covered with revealing cuts in the back. They can likewise be worn for swimming and surfing and confine water to stay away from your manhood.

Men’s jockstraps are among the best underwear styles for men explicitly intended for offering ideal help and security to your groin. Jockstrap underwear for men has cushioned pouches that can be embedded with crotch cups which ensure against wounds considered during sports.

Some of the other styles that you could find the above-mentioned segregated in options. Take a look below:

The best fabrics you should invest in

Mensuas featured an extensive blog in two parts that featured the best fabrics in the men’s underwear style one must take a look at. You can read it here. Fabric plays an important role when it comes to the most intimate and basic garment for your body. Undywears also mentioned them in a blog with the different men’s underwear styles. Check it out here. Some of the fabrics available for the underneath fashion include:

The men’s underwear rules to abide by

Some rules are okay to be broken and some aren’t. We will talk about the ones that you should abide by.

Clean your wardrobe after a certain time

Cleaning not only helps you get rid of the useless and unworthy men’s underwear but it also makes sure that you get your hands on those pairs that you thought were lost. Win-win for you!!

Be focused while shopping

Shopping might sound easy but when it comes to doing the actual part, it can get very tricky. Talking about underwear for men, you should be focused and prepped with your accurate size, the budget, the kind of style you’re looking for, and where you’d be shopping from.

Do not repeat the same pair the next day/multiple days

Repeating dirty underwear the next day by flipping it is a sin that has high consequences. It can be fatal for your health and is immorally not correct.

How to maintain the beauty and health of your male underwear?

It is not rocket science when it comes to taking good care of your male underwear. Following the below-mentioned steps all that you need to do. Just follow the steps mentioned below:

The labels are for perusing and following

You’ve seen those small labels on the fabric of your below the belt style? They are not there for the show, they are intended to be perused and followed. All the washing directions and the “care tips” are painstakingly mentioned on the labels to assist you with having a more drawn out to remain with the lavish fabric.

Air dry is superior to the blow-dry of the machine

Regardless of what the fabric is – glossy silk, silk, cotton, nylon, or whatever else it is routed better to hang them and let them dry than to blow dry them in the machine. The elasticity of the sets is unfavorably influenced given the machine drying.

Men’s lingerie is fragile! You need to give additional consideration to the sets than you do to your outfits. Storing them independently would allow them to have their space, and it would better if you keep the styles segregated. It would help them stay detangled. All you require to believe is – treat them how you need them to treat you.

Don’t simply pick one set each day and go on with your day by day plan. They’re not implied for your consistently. Wear them less frequently to keep them remain new for a more drawn out range of time. Simply pick your customary wear for your normal errands and allow the undies to astonish you sometimes.

You could even watch this video by Underwear Expert that tells you how to wash your underwear here.

The best brands to choose in your men’s underwear

You can know more about them by clicking the brand name itself.