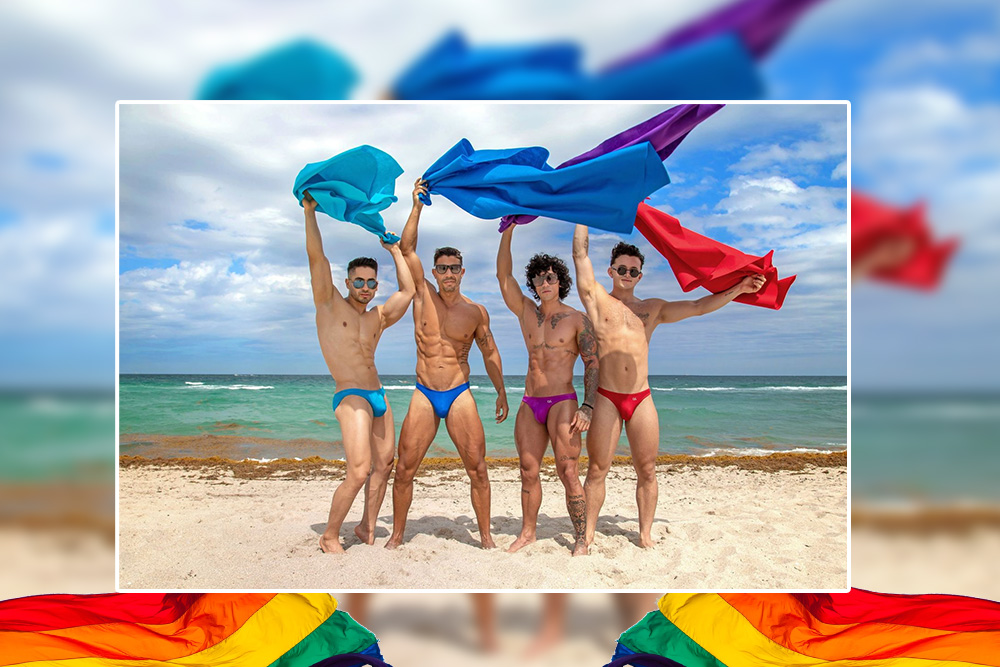 There was this blog that compared the support rendered by male briefs and men’s thong underwear. You can read it and feel good about being proud owners of the men’s sexy underwear. Briefs for men will always be the first choice for men who give priority to conventional styles and fuller coverage. But the question is – can you feel sexy in men’s brief underwear?

You might think that I have compared briefs for men to thongs and also said that they’re perfect companions for Valentine’s, yet I am asking whether one can feel sexy in them or not. Well, yes!!

It is very important to read something and feel comfortable or sexy in it. With the pressure to look appealing and go by the standards, people across the globe do a lot of things that they don’t believe in. Yet, they don’t feel confident doing those things! The same is with your men’s designer underwear.

Let us now take a look at the aspects that will help you feel the sexiness in bulkier coverage options in men’s brief underwear or men’s boxer brief underwear.

Invest in lighter fabrics – it lets you breathe well

With numerous studies, it was stated that men’s briefs are capable of killing the sperm count in men. Well, the studies didn’t mention which kind of fabrics did that, how those male briefs looked like, and more. What you need to know is that times have changed – you don’t have to invest in granny panties anymore. Choose from breathable fabrics that also lightweight so that you can wear them longer without having the urge to get rid of them.

The size matters most – always

No matter how expensive men’s brief underwear you invest in with all the best qualities that it offers, if you do NOT pick the right size, you will not be a happy man. Take this very seriously because you will thank me later. The problem with men two decades ago was that they never took their size very seriously and just bought their men’s briefs or even boxer brief underwear for men. This way, they never seemed to fall in love with their underneath fashion as they were crazy for their shirts or pants or anything that they wore outside. Measure yourself well because size keeps changing and then buy your conventional briefs for men.

Pouches say a lot about your choices – check carefully

When was the last time you checked what kind of pouch you’re investing in while buying your male underwear? With the advancement, you can find options like contouring pouches, open pouches, sung-fit pouches, sheer pouches and so much more that make the shopping all the more fun. Which kind of pouch would you like for your men’s briefs?

With these options mentioned above, feeling sexy is not a big deal wearing male briefs. What do you think?

The only ways to look stunning in men’s sexy underwear

Grab the stylish look on the streets with Calvin Klein briefs

How to show your abs in Clever briefs?