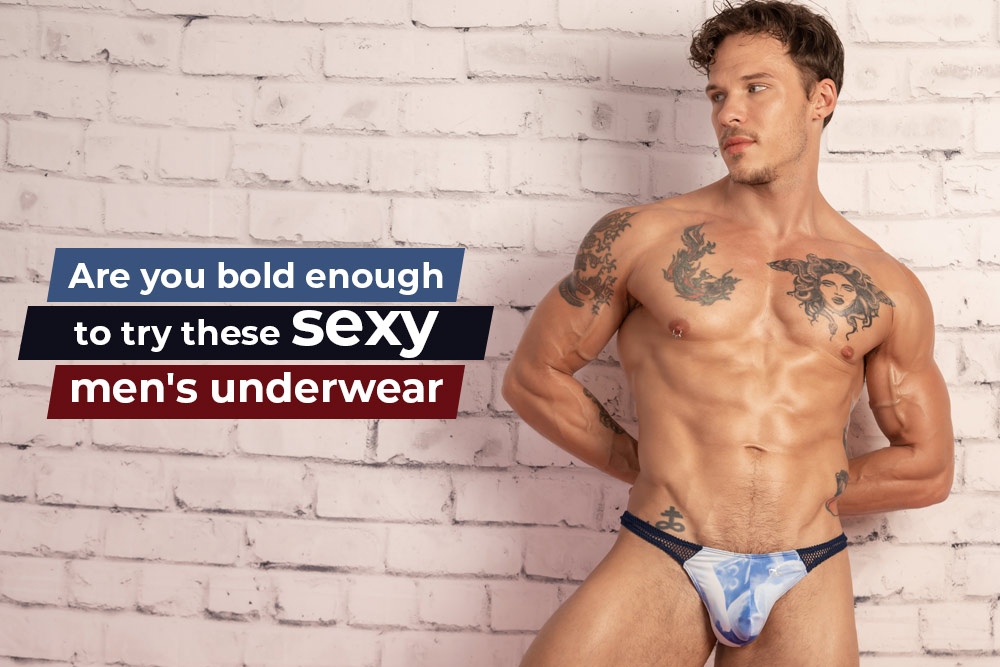 Are you bold enough to try these sexy men’s underwear styles? Are you sure about that? Because the styles which I will be talking about in this men’s underwear blog are not like your boxer briefs and briefs. These underwear styles for men demand a huge amount of confidence. These pairs of male underwear are way different from your regular pairs of underwear. So are you ready for the big reveal?

These sexy men’s underwear styles are none other than male thongs, jockstrap underwear, and g-string underwear. Let’s find out what makes them different from pairs like male briefs and boxer briefs.

Not one, two, or three, we love everything about male thongs. The skimpiness of the thong is what makes it different from styles like briefs and boxer brief underwear. Though there are men who don’t find this pair attractive, according to us, it’s just perfect.

Speaking about the silhouette, this sexy men’s underwear style comes with a smaller front however supportive features make it a secured style for men.

Male thongs are designed in a manner that they neither move around nor ride up or down or even bunch up. Regardless of the occasion, anyone can wear thongs and we are sure that they will complement your outfit very well. Also, this sexy male underwear is ideal for holidays as well, all they need is a small space in your bag to fit in.

No question about pulling and pushing off due to which the butt of the person wearing it looks nicer. Moreover, it is comfortable, lightweight, and gives a feeling of nothingness down there. This is something that you will miss out on in pairs like briefs and men’s boxer briefs. Agree?

If you compare the comfort level of a jockstrap with styles like briefs and male boxers, you will find that it is much comfier than briefs and boxers. Once you get the pair that fits you well, then none can stop you from owning this world.

Not just male jockstrap is appropriate for your everyday activities but even for workout sessions. The lack of excess fabric gives you nice breathability and a lightweight feel.

G-string underwear includes a string like a waistband, pouch, and less fabric. The amount of coverage that you will get in g-string is extremely low. Furthermore, it is comfortable, supportive and enhances your manhood gracefully. Also, you can wear this style with any outfit because the string-like waistband won’t peep out from your jeans.

So if you feel you are bold and confident enough to try these sexy men’s underwear styles, go and shop some fashionable pairs from Erogenos. Erogenos is a website that offers a wide range of male underwear including your jockstrap, men’s g-string underwear, boxer briefs, briefs, and a lot more. You can even shop men’s swimwear from Erogenos.