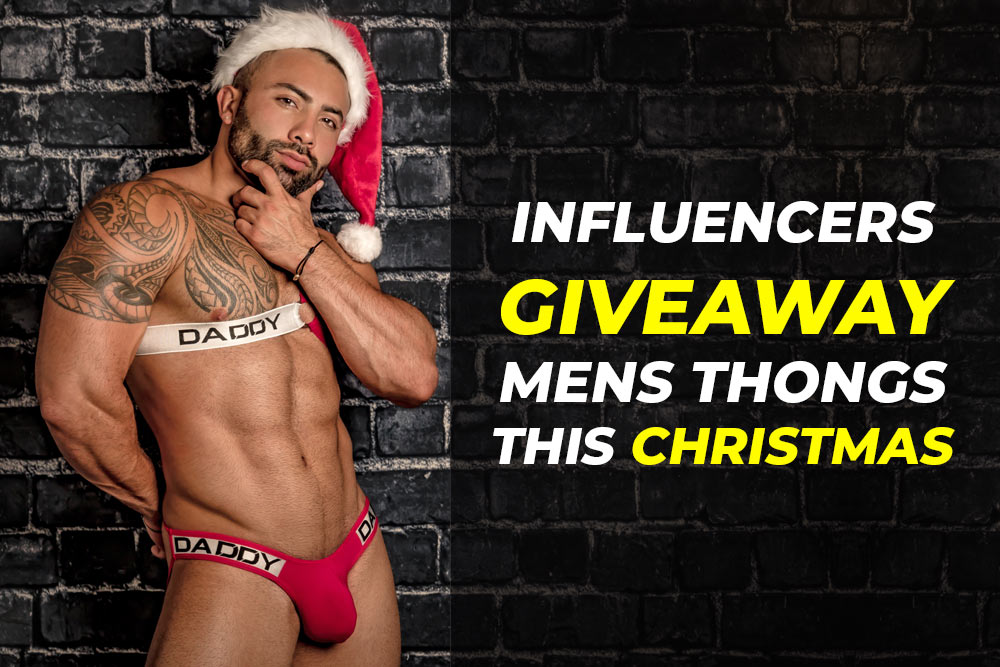 Influencers, bloggers are playing a major role in customers’ decision-making. Today, any buyer won’t just go and pick anything from the market or brand even if it’s hair oil. They prefer thorough research and reviews by their favorite influencers and bloggers.

You might not be aware but an average person in the U.K. is exposed to 5000 advertisements per day as per the marketing team at Yankelovich, Inc. In simple words, customers today are increasingly aware of such marketing ploys and conduct research before making a purchase. As a result, it’s no wonder that they trust influencers who are more approachable, less prejudiced, and provide extensive product reviews.

Whether its skin fit denim or joggers, this skinny pair of lingerie suits every outfit. This pair offers slightly more coverage to your features as compared to G-string underwear. Influencers should do a small thong giveaway this Christmas because it is a superb style ever created for men and is perfect for Christmas.

Another the most reason for Influencers to come up with a thongs giveaway this Christmas is, they don’t have to worry about weight gain and can easily fit in thong underwear for men. Just for looking good in a tiny pair of male underwear, ditching your favorite plum cake is not required. Thongs are designed in such a manner that even if you lose or gain a few kgs, they will still fit you.

If you are wearing styles like male boxers or brief underwear, you might be aware of panty line issues. However, styles like men’s G-string underwear and men’s thong come with a sleek waistband so that the wearer doesn’t have to feel embarrassed. And that’s the reason why this male lingerie is best for your tight-fitted pants.

4. Thong underwear for men is budget-friendly

Christmas is one of the biggest festivals in western countries. From decorations to the menu, they have to look up to everything so suggesting them expensive pair of male lingerie is not a good idea.

Influencers should do a small giveaway this Christmas because men’s thong underwear is comfortable, supportive, and the best part, budget-friendly.

Well, the pricing of your underwear, on the other hand, is determined by the type of brand to whom you cater. However, every month, a lot of stores come up with wild deals and offers. and even on a special occasion especially on Christmas. So, what are you waiting for? grab your favorite pair of men’s thong underwear this Christmas.

Influencers should do a thong underwear giveaway this Christmas because customers relate to them easily. Men’s thong underwear is a beautiful style that is sexy and comfortable at the same time. Further, the skinny silhouette of this pair gives a nice exposure to your thighs, butts and makes you feel more confident about yourself. This style is one of those men’s underwear styles that make the wearer feel great without letting them compromise with the comfort factor.

Now, this is not unique or the male populace is not aware of it, they know how incredible this pair is. But when an influencer gives the assurance that “this pair of male underwear deserves your attention and time”, the customer, without thinking twice, purchases it. The reason, trust factor. Influencers are relatable.

Want to be more open with men’s g-string underwear? Try these brands