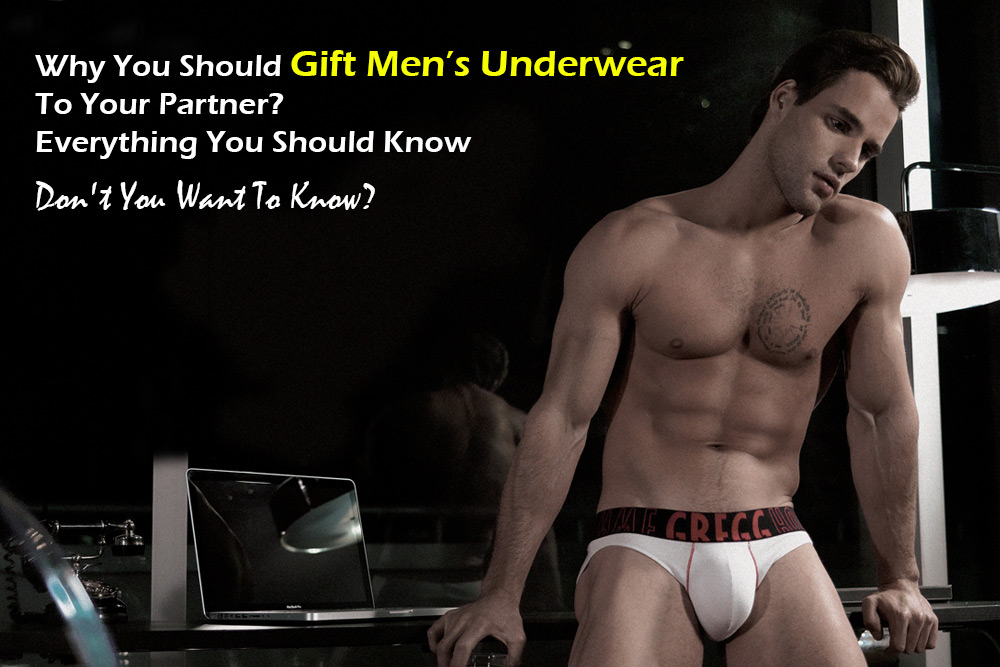 It is more important to gift men’s underwear to your partner to let him know the value and how it spice up the moment whenver required. Let’s check out the blog to get complete details.

How Men’s Underwear Can Be Important For Your Partner?

Strange as it may seem, socks are the safe and reliable default when it comes to buying presents for male recipients. You don’t have to decide on a certain design, and they’ll fit everybody and everyone; socks are a basic necessity. However, a much better idea is to get underwear for your boyfriend, husband, or fling.

Most men have a bad habit of ignoring the importance of their underwear. But we know how important men’s underwear is to you. Men don’t care if the underwear has holes, skids, and gets faded, they still wear that underwear by any means necessary.

They have no idea how bad an impression they will make on their partner if she notices these bad habits. As she wanted to see you as a sexy man, not a nasty man.

Why not get the man in your life a few pairs of fresh new boxers, briefs, or boxer briefs that fit him well and are pleasant on the eyes? What’s in it for us? we can almost hear you saying. The advantages of buying your guy new underwear are about to be revealed.

When collecting clothes for laundry, is it then more important to pull out the sweaty boxers instead of avoiding them because they have been sitting at the bottom of the pile for days?

You don’t want to be that person that throws up their hands, holds their nose, and gasps for air.

To Make Your Man Feel Amazing

Like other clothes such as bed sheets, jeans, t-shirts, and many more; male underwear is one of its parts. However, it can be the best decision to be conscious about mens underwear, as you will feel comfy and fresh after wearing ultra-soft fabric and sexy designs perfectly fitted into your thighs, which provides the confidence to express yourself.

Since they are so well-made, he will experience the same level of comfort whether this is his first time donning them or his thousandth.

Make Him Throw Away Those Outdated Shoes

There must be a better approach to get him to finally get rid of those old shoes.

The best way is to introduce new male underwear styles that will help him get distracted from old men’s underwear.

Why shouldn’t he take notice of how much more attractive you are in your brand-new, seductive underwear? Has it been that long since you last saw him in a clean pair of underwear?

Furthermore, it will undoubtedly excite you after watching men’s sexy underwear. It would matter if you explored different underwear styles such as men’s boxers, men’s briefs, men’s jockstraps, and men’s g-strings.

Look through the Skiviez Store for a spicy moment with your partner.

Gone Are the Days of Putrid Smells – Men’s Underwear

After men get sweaty because of running, walking, or doing any physical work, all the sweat accumulates down below in their underwear.

You can imagine how much sweat men’s underwear absorbs, and this may be a major reason why the fabric skids and the color fades. Hence, they stink so badly!

Right now is your chance to put an end to the lingering smell of his sweaty underpants forever. And thanks to the quality micro-modal used in Skiviez CloudSoft fabric, which also boasts anti-bacterial characteristics and wicks extremely well, he’ll feel and smell great all the time.

Unable to get a gift for him? Go for the male underwear with no second thought. As men are not aware that they should change their underwear every two months at least. You can gift him mens underwear on any occasion to make it ideal.

If you and your partner share underwear, don’t tell him that we told you that. The Skiviez line has the best underwear for men, so have a look.