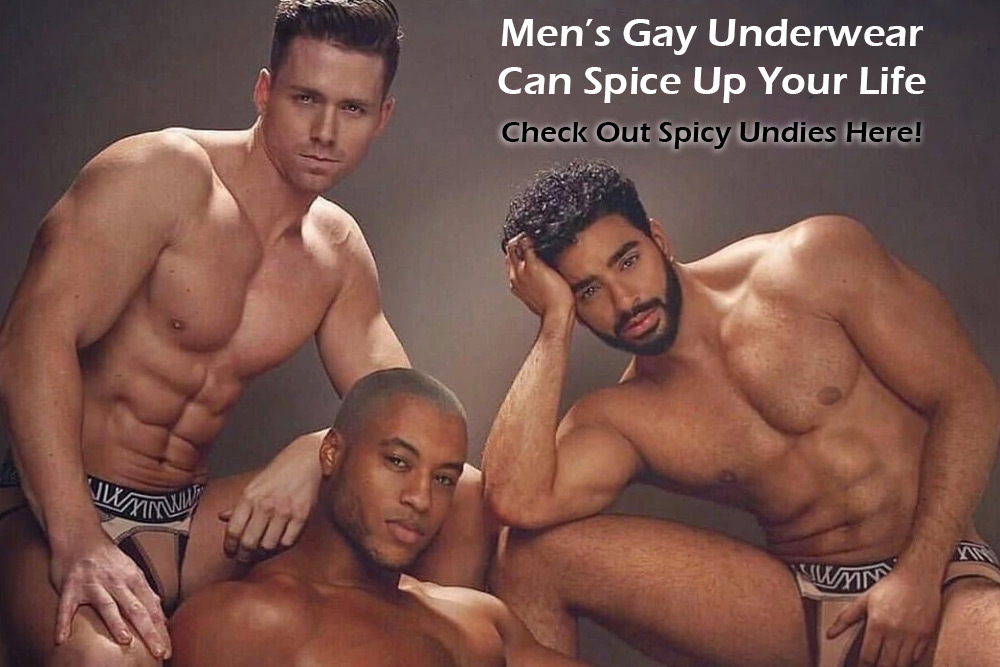 Get reasons to wear sexy men’s gay underwear to spice up your sex life. Just scroll down the blog to check out different male underwear styles.

Now it has become one of the essential factors for gay men, through which they can fulfill all their desires.

Men all around the world, including guys like you, use gay underwear like male jockstraps, backless briefs, and men’s thongs to experiment with their sexuality. I know what you’re thinking: “My sex life is hot enough.” Even if you have an amazing sex life as it is, you could be losing out by not taking advantage of the potential of gay underwear.

Let’s check out some of the ways in which homosexual underwear might improve your sexual experience.

If you are urging for the enhancement of the package, then no underwear can take the place of men’s jockstraps in men’s gay underwear.

Just get your perfect fit of men’s jockstraps and get a sexy bulge in the front. So, getting eyes on it would be wrong, and you wouldn’t be able to resist your partner.

Let’s go around the back, too: a jockstrap’s elastic straps are a certain way to show off your style. derriere. Even though the straps are extremely lightweight and comfy, they will instantly perk you up and have you looking fabulous.

Your Partner Will Love it

Earlier, men’s jockstrap underwear was specifically get designed for the sportsperson and sports activities.

Over the past few decades, men’s jockstraps have started designing this beautiful underwear wearing you just get the sexy and attractive look! Now, gay men are the first ones to wear jockstrap underwear for men.

According to my experience, the vast majority of men adore a man who is wearing revealing undergarments. In truth, many men have a strong attraction to homosexual underwear, whether it’s a desire for the masculine thong or a penchant for the athletic jock.

Sensual underwear is a big hit among gay men. Fact.

Boost Up Your Confidence

Men’s gay underwear is so seductive that it can turn 4 men into 10 in no time. It can easily boost our confidence.

Men’s thongs, in addition to men’s jockstraps, are underwear items that are ideal for displaying sexuality.

Men’s thong underwear creates a sexy curve between the cheeks and a perfect pouch in the front. Putting on a pair of men’s thongs is a great opportunity to experiment sexually and find new interests you might not have considered previously.

Here we are in 2022, and I think we could all use a little self-assurance boost from time to time.

Including gay underwear in your sex life are a fantastic method to boost your own confidence and that of your partner. Getting some new underwear is a terrific way to keep things interesting in the bedroom.