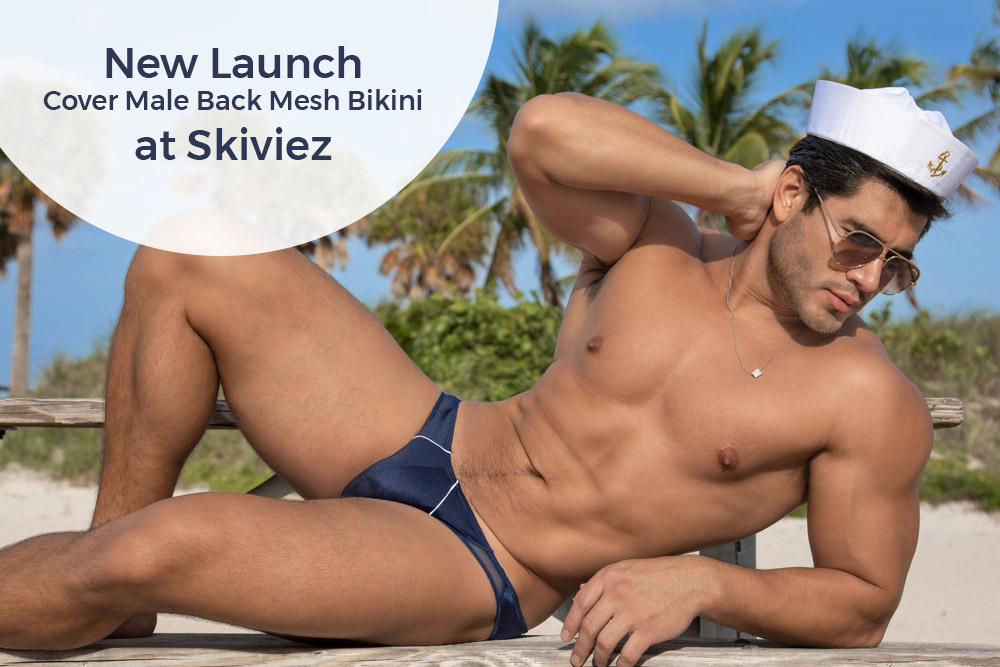 Covermale launching cover male back mesh bikini at Skiviez which is perfect combination of style and sophistication available for men.

The Highlights Of The Mens Bikini Underwear

Are you aware that one of the most well-liked underwear designs for guys today—and one that has been around for far too long—is the male bikini? Who would have guessed that the hot bikinis would also be enjoyed by guys so much that it would now be one of the underwear styles for men when the topic of bikinis was brought up in the past? Putting aside all the taboos, men’s bikinis have become so popular all over the world that they not only highlight your bulge but also showcase your assets to their best advantage.

The sexy mens mesh underwear by Cover Male is a pleasing option for the assets and the eyes. Furthermore, the slim and sexy design with a solid front and a sheer back holds everything pleasingly below the belt. With a low waist fit, you can certainly show off your physique better. Mentioned below are the key features of the male bikini.

The opulent and sensual male underwear from Cover Male is well-known. The company was founded in 2011, and its initial collections debuted in January 2012. Designer Tarek Al-Halabi saw that men’s fashion preferences for underwear were starting to spread and decided to create a distinct line that offered them the new “it” underwear.

With its fantastic designs, the company is on its way to making history and is growing internationally. To learn more about the company, check it out here.

About The Mens Lingerie

Talking about the star of the blog, the Cover male Back Mesh Bikini at Skiviez is a newly launched product. Starting with its minimal, slim fit, you will be able to find the sheer sexiness that a subtle, naughty pair would provide. The slender elastic waistband with double stitching keeps a low profile on the body.

The incandescent texture of the fabric makes sure you look like a celebrity while wearing this bikini underwear for men. With solid coverage on the front, the back is what this pair is all about. Being a bikini, the sheer underwear for men displays your buttocks in the best way possible. Moreover, tiny sheer panels on the front sides give a hint of what’s there for you in the back.

The pouch of the mens bikini features a contouring fit that snugly holds the manhood. Moreover, the center seam makes sure your junk has enough room to breathe better. Lastly, the piping on the legs makes sure that the fabric doesn’t face wear & tear when you stretch around.

Polyamide and spandex are combined in the Cover Male Back Mesh Bikini. The moisture-wicking properties and silky feel of polyamide make it a popular fabric, yet spandex guarantees that you have all the stretch you require.

Colors In The Male Bikini

The mens bikini underwear features stunning and sexy colors. They are:

The sizes available in mens sexy underwear are:

Have you checked the New Arrival of Good Devil Men’s Trunk Underwear?