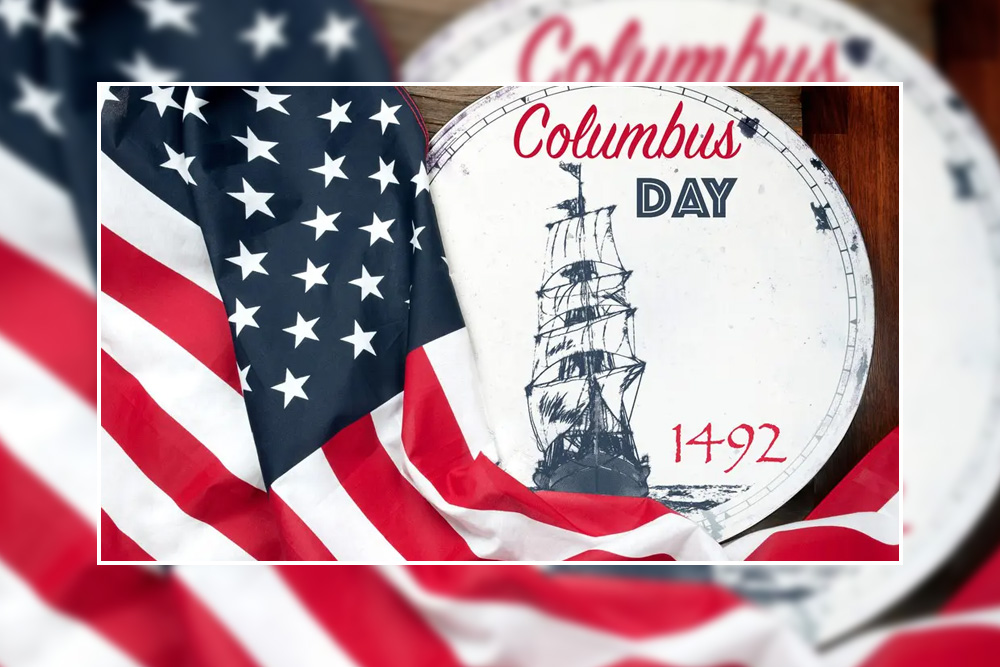 Well, I have heard not so good things about Columbus day. All those who don’t know about Columbus day, well, Columbus day is celebrated to honor the first visit of Italian explorer Christopher Columbus to America. Because it is a federal holiday, hence most federal offices remain closed.

This time, Columbus day shall be celebrated on 11th October 2021.

As I mentioned above, I haven’t heard good things about this day. Some say that especially critics of Columbus Day do not support the thought of celebrating this day because Columbus treated native people badly. Further, he even enslaved some of the West Indians and even forced them to serve the Europeans or search for gold. That was sad!

Things don’t end here, it is even said that he controlled parts of the population, that too with violence and oppression. Not only that, it is said that Columbus and his fellow European voyagers forced native people to accept Christianity.

Columbus and his fellow European voyagers brought new diseases due to which many native people became sick. Many native people were killed by them. In short, Columbu’s arrival was not good news to the people living there.

“So why do Americans celebrate this day? Are they sadists? Just like you, even I am confused. So let’s find out what inspires them to celebrate COLUMBUS DAY?”

Americans celebrate this day to celebrate the native people. We liked it. There are people who don’t give a damn about celebrating this day and don’t treat this day like special, instead, they carry on with their everyday routine. People just take off from work and school and spend some quality time with their family or take a tour of the countryside in New England. People who are fond of shopping spent their entire day doing that. If you are one of them, go ahead because brands come up with good discounts and sales.

Despite the fact that Columbus Day is one of the most contentious holidays on the American calendar, experts believe its origins were intended to bring Americans together. President Benjamin Harrison urged the country to commemorate Columbus Day in 1892. He encouraged Americans to take a day off from work and reflect on how far they had come in the 400 years since Columbus first set foot in San Salvador. So, now you know the real reason behind the celebrations of this day.

By the way, what are you guys upto? Any plans for this day? If not, I wanted to share an idea that might help you to brighten up this day.

How about celebrating it with Netflix, friends, and men’s brief underwear?

Why with men’s brief underwear?

I know it sounds weird, but trust me, it will help you to relax. Brief underwear for men is one of the most chilled-out and comfortable pairs of men’s underwear.

What is so special about men’s brief underwear?

Brief underwear for men is a classic pair of underwear that suits every occasion. Brands like Calvin Klein, Tommy Hilfiger offers some of the best pair of this style. Furthermore, the silhouette of this comfortable mens underwear offers a sufficient amount of coverage that makes you feel less conscious and more confident. Besides that, good brands design briefs from some of the finest fabrics which make you feel better.

So if you have plans for fishing, bowling, or even feel like staying at home and chill out, go for brief underwear for men. Or you can even shop other styles like mens thong underwear, mens bikini underwear, or jockstrap underwear as brands do come up with mens underwear sale.

This Columbus Day, let you experience the real meaning of comfort and support with men’s brief underwear. Do let me know your experience. Also, don’t forget to check out ILMU for a better understanding of men’s underwear styles.

Men’s Long Underwear is holding a secret
Embarrassed? Ask these underwear questions before its too late
Are you re-thinking purchasing these men’s underwear? Shame on you
Hot Model Nikita Korobkov in Mens Pump Underwear

Halloween Costumes – Where Did All Start?