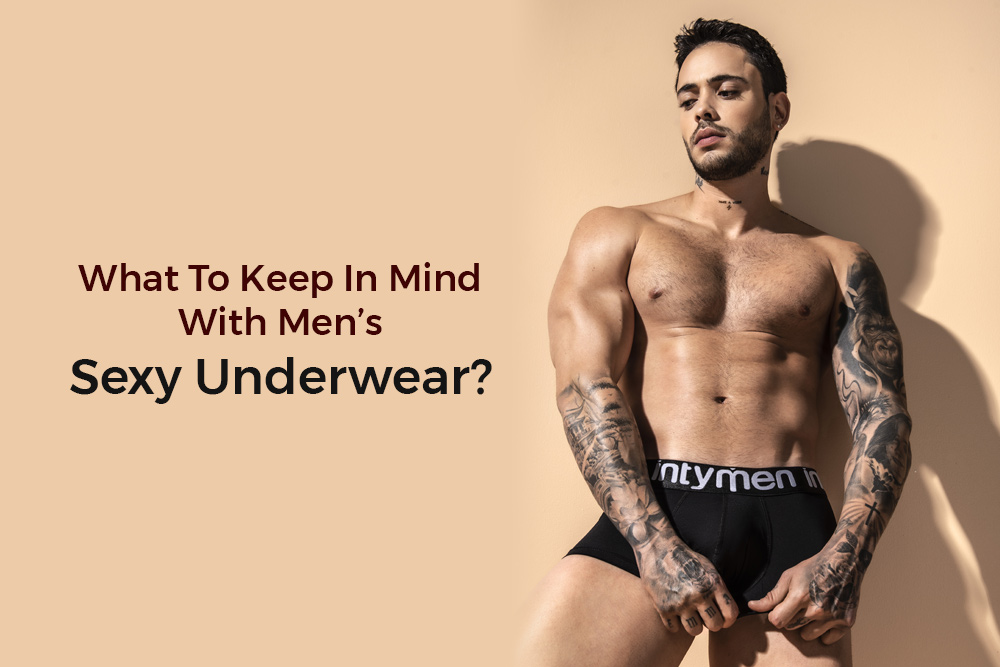 Men’s sexy underwear keep you excited all time and make you feel confident everytime you wear. But, what styles you are still missing? Have a look!

When it comes to doing his part as a family member, a guy has a lot to do—from the bedroom to his entire list of daily duties. He is sustained by a variety of factors, including both practical and emotional ones as well as physical ones. One of them is his attire, and more specifically, the way he dresses below is quite important. Men’s underwear, which they put on first thing in the morning and take off the last thing at night, has a special effect on a man’s confidence and charisma. Do you not concur? That’s where mens sexy underwear comes into the picture.

There are some guys, though, who have never considered going outside of their comfort zone and trying something more like sexy mens underwear. Furthermore, it performs the same functions as a standard pair while also offering several additional characteristics. For instance, sex appeal, confidence, a positive internal sensation, turning on your lover, and many more. Therefore, why choose anything regular when you may get so much for the same price in mens exotic underwear?

The attractive, seductively alluring male thong or scanty mens g-string underwear will function when you put them on. However, you’ll need to do your bit and choose the proper pair. How do you do it? I would suggest taking into account the points given below when it comes to men’s sexy underwear.

How Much Skin Do You Want To Expose?

Yes! The amount of skin you’re willing to flash when discussing mens sexy underwear counts a lot. A small amount of exposure is sufficient as a first step for someone who has never worn anything other than tighty whitey briefs. Moreover, for someone choosing traditionally supportive boxer briefs, bikini underwear with see-through characteristics is a terrific alternative. However, mens sheer thong underwear is perfect if you’re a risk-taker who can lay it all on the table. See which group you belong to.

How At Ease Do You Wish To Be?

When it comes to the fundamental apparel items, whether they are standard fashion male underwear or special options, comfort is the key to feeling captivating. From the cuts to the fabric to the previous point regarding exposure, comfort is a top priority. If you don’t feel comfortable in what you’re wearing, there’s no purpose in wearing it. Therefore, you need to be quite certain of what will make you feel that way and what won’t.

Think About Your Apparel

Why would you want to spend so much money on them when you have less expensive options? Before making a purchase, you must first assess your financial situation and your purchasing power.

Which Underwear Brand Will You Go For?

The last thing that one should understand is the choice of the brand that he should go for. Well, the underwear industry is really huge. Moreover, with every passing month, there’s a brand coming up with sexy underwear that offers you more than just sex appeal.

For instance, you can very well see the collections of labels like Male Power, Modus Vivendi, Good Devil, Miami Jock, Secret Male, and so many others. Which is your favorite?

When you’re looking for the ideal pair of men’s sexy underwear for yourself, it takes a lot of time and patience. Make sure you take into account these factors before clicking the “Buy” button on your sexy mens underwear.