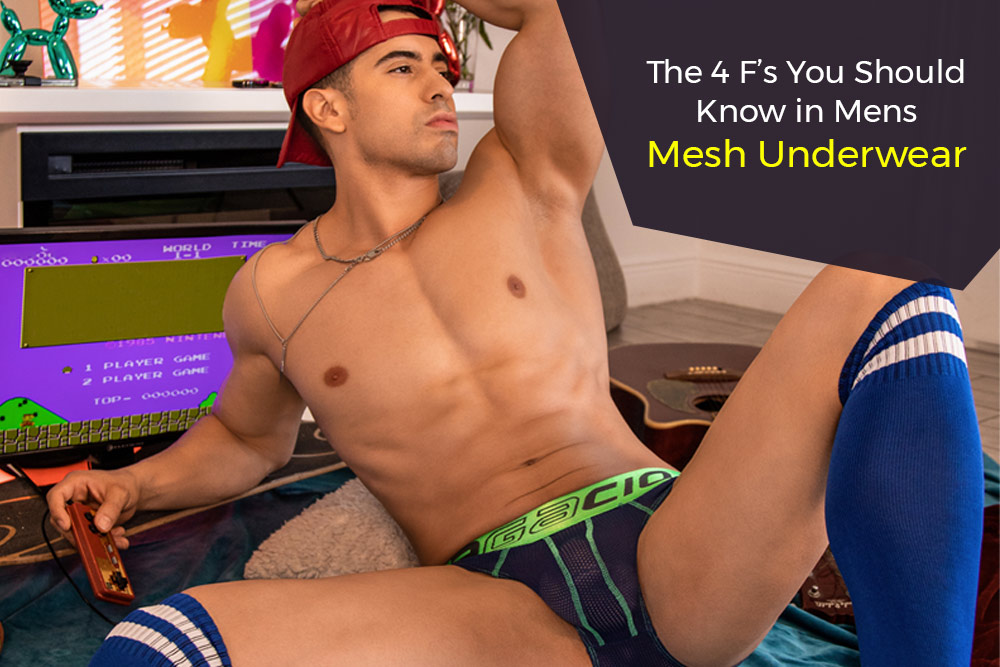 mens mesh underwear selection are for the very best in unique or custom, handmade pieces from our underwear shops. Check out for more.

Men often try to cut corners while buying underwear, just browsing the racks to select a few items. However, many are unaware of the necessity of giving oneself the proper goods below the belt to maintain everything in tip-top shape. Some guys, however, are still fighting with their old tighty-whitey pairs that smother their manhood, and others appreciate the value of wearing a helpful yet non-constrictive pair down there. Why would you want to wear plain men’s underwear when there are options like men’s mesh underwear?

This article is for men who are debating whether or not to wear men’s mesh underwear. You should be aware that mesh is the newest essential for males. With the airy, ventilated, and sexy features, why wouldn’t you want to have it for the hottest region-the neither region of your body?

In this blog, you will the 4 F’s in mens mesh underwear that every man must look at before buying the styles.

If you take a look at mesh or what many brands also call sheer, you will notice that there are two types. One where there are holes but there’s hardly anything visible. Furthermore, there’s the one with a net-like texture, and practically everything behind it is visible. In both cases, there’s a LOT of ventilation. Therefore, the very first function of mesh underwear for men is to keep your junk breathable. Whether or not the fabric is breathable (we’ll talk about it later in the blog), the manhood feels airy and breathable.

Well, forms here refer to the varieties of mens underwear styles available in mens mesh underwear. You should know that no matter what style you choose to have, you will be able to find mesh panels in their designs. For instance, whether it is 2xist Speed Dri Mesh Boxer Briefs or Pistol Pete Half Mesh Thong, you can have something of your choice. In fact, there are male bikinis, jockstrap underwear for men, and so many others available.

The fold is the next significant aspect of your undergarment style that is important to consider. Your level of comfort is determined by the quantity of folds in your type of men’s underwear. All designs, including sheer bikinis, boxer briefs, and even men’s g-string underwear, fall under this category. The quality of the pair may initially be determined by the seams on the garments. The better the stitching, the less likely it is that the cloth would rip or readily wear out. The more stitches per inch, the better. You’ll be able to tell that this mens mesh underwear won’t last if there are any sudden stitches.

When it comes to apparel, fabric is important to consider. Additionally, if it involves pieces of personal clothes, you should pay closer attention to the same. Most people prefer to use cotton as their only source of survival for their most basic necessities. Due to its superior features, the most adored substance is also the most widely used. Comfort, breathability, quality, absorption of sweat, and many more attributes.

The following fabric is nylon, which isn’t like cotton but is nonetheless quite pleasant. So, materials like polyamide, polyester, cotton, nylon, or a microfiber combination are used to make sheer men’s underwear. You can make a wise decision.