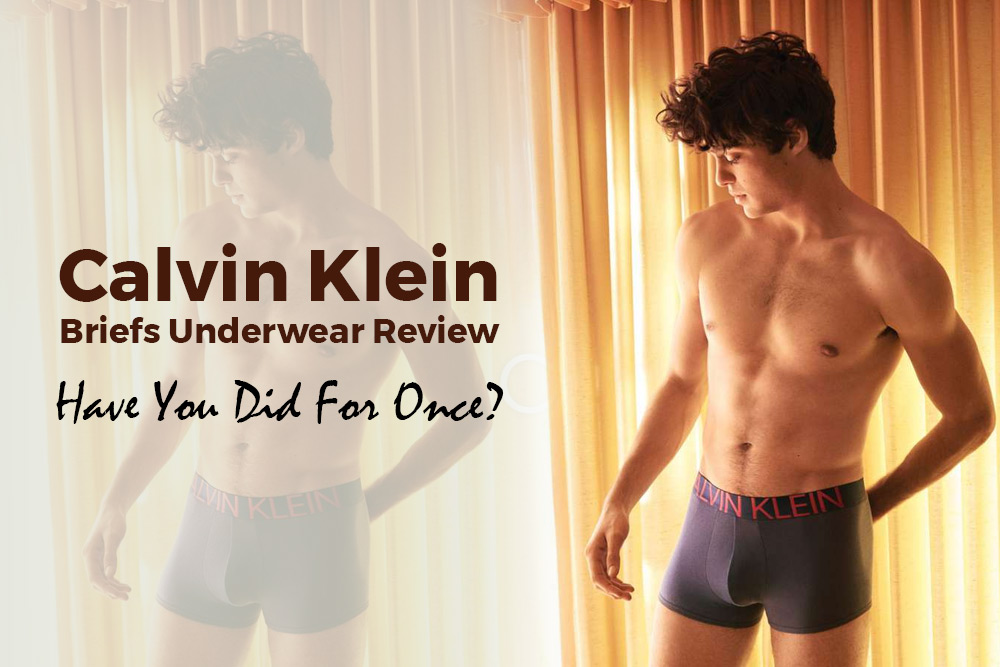 Let’s review the Calvin Klein briefs underwear and check out the quality and luxurious fabric they use to design their premium underwear. Check out the blog now!

The Calvin Klein brand has dominated the men’s underwear industry as compared to other brands. However, it has aimed to bridge the gap between premium underwear and everyday wear. In earlier days, men did not care about men’s underwear. They simply wear the same underwear for an extended period of time. But with time, Calvin Klein has made men realize that they should care about their functional parts and be hygienic. Moreover, they used to take a few occasions seriously, such as anniversaries, birthdays, Valentine’s Day, and much more.
Currently, it is reaching new heights of success after running campaigns such as #MyCalvins in 2019.

In the same year, they sponsored Shawn Mendes as the brand’s leading wearer of men’s brief underwear. After that, Calvin Klein ran many campaigns, collaborating with many artists.
I opted to test a pair of Calvin Kleins that fall somewhere in the middle of the quality spectrum for my evaluation. As was previously noted, they are neither a luxury brand nor a basic underwear style. So, they have some really expensive shoes and other very cheap pairs.
Their classic low-rise men’s brief was on sale at Marshall’s earlier this week, and I figured they’d be perfect for me to evaluate because of how well they fit my shape. Since I already wear briefs, this rating won’t be swayed too much by the fact that I didn’t get to try the other cut.

The classic low-rise brief is the term given to this men’s brief underwear, and it is an apt description of its design.
There are no bright designs on these men’s brief underwear. It can be described as a classic brief with high-quality fabrication. However, you will notice high cuts on both sides of the thigh, as well as a thin waistband logo is written all around. Most of the time, you guys will like the grey Calvin underwear with the thin waistband on the hip and a fly in the front.

These aren’t so much minimalist as they are straightforward; while the minimalist design might be attractive in some contexts (like with Atelier Traditionnel), that’s not the case here.
They lack sophistication despite their seeming simplicity. You wouldn’t choose these briefs from Calvin Klein’s men’s underwear line for a night out on the town or if you just wanted to feel extra gorgeous on any given day; they’re more suited to everyday wear.

You’ll look amazing in these because of their low waist and high hip. Your dog could think you’re weird if you wear these as I did in the photo up top as I did.
On a serious note, these men’s briefs are firm against the body and keep you feeling fresh all day. You can easily select the perfect fit size for yourself, and it will fit skin-tight, leaving enough space between the thighs. If we talk about the back of the body, it lifts your bums and makes them stand out under pants, jeans, or any other clothing. Well, there are many other brands working on the body parts to flaunt after wearing men’s brief underwear in different variants.

That is not the case with these Calvin Kleins. Even though they fit well in the seat and thighs, I find that there is extra space in the front; I attribute this to the fly closure.

These men’s briefs have a lot going for them in terms of utility. Since they’re manufactured from a fairly standard cotton blend, they’re comfy but not particularly plush. Also, the quality of the stitching and overall assembly is rather satisfactory. They don’t look like they’d wear out quickly or tear, and there aren’t any seams that stick out too much to cause discomfort.

You can try them on and feel the softness of the fabric as well as the comfort they will provide for your underwear. They are made of luxurious fabric, such as cotton, and will provide complete flexibility to your body.  You will not find any threadbare in the underwear, and you will never see a tear or hole in the underwear.

Generally speaking, I have no complaints about these briefs; they perform their intended function admirably, and I have no reservations about wearing them all day long.
However, there’s nothing special about men’s brief underwear. Also, you’ll just feel enthusiastic all day after wearing them. So, just slip into them and feel them.
I thought maybe if I put on a pair of Calvin Kleins I might start to feel like Shawn Mendes, but alas, it was not to be.

Men’s Bikini Briefs: Everything You Should Know

Have You Explored The Latest Trends in Men’s Brief Underwear