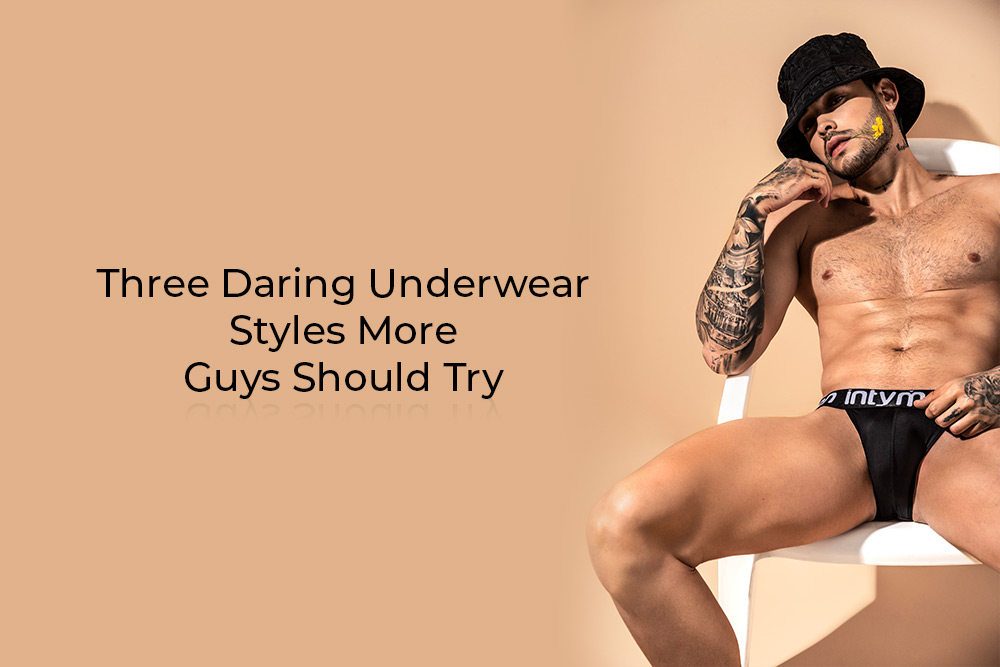 Underwear styles are many and you may adapt with anyone which one suits. However, there are daring underwear styles that you can wear for celebrating pride month.

If you look up the history, mens thong underwear is supposed to be the predecessor of loincloth. However, it is mens briefs that are considered the oldest and most conventional styles. Here we are, celebrating Pride Month with the most daring men’s underwear styles that guys should try.

We are not saying that gay men don’t like conventional styles like briefs or boxer briefs. We are saying that let’s focus on the fetish and try three daring styles.

In fact, men have finally got what they wanted. They always wanted to have as many styles as women have in their intimate section. Therefore, now they have them and that’s why they should try them.

Let us go forth and check out the bold and adventurous mens gay underwear that you should try this Pride Month 2022.

Do you get to see lace fabric in the guy’s section too often? Nope!! One of the most daring styles has to be lace. Men’s lace underwear is attractive on all shapes, and the semi-sheer fabric allows for easy teasing.

We believe that everyone must own at own one pair, whether for everyday use or for special events. Lace is ageless for a purpose; isn’t it time you tried it?

This Secret Male Catrina Mesh Bikini is the epitome of what sexy and daring can look like when cubbed together. Furthermore, the ultra combination of sheer and lace makes sure every bit of your underneath is well displayed.

The feminity of lace with the exotic appeal of the see-through fabric club together to be absolutely scintillating and daring.

When you say accessory, there are so many things that start running across the mind. In fact, men have options like garter belts, bras, bralettes, and so much more to choose from. However, what this style we have here is an accessory for your junk.

While most of the sexy underwear for men aim at tucking you away, we want you to stand out and be visible. With a chef-like hat for your treasure, this accessory is daring and functional at the same time.

What do you think? You can certainly pep up your bedroom game with a leather-like, strappy, sexy, and daring singlet.

This Hot Ass Singlet is everything you need to step up the game. For instance, it has a strappy design, snaps button opening on the penis, and sheer detailing. What else do you need? It is one of the hottest and most daring accessories for your special times.

So, which one of these daring underwear styles will it be for you? Do let us know in the comments below.

How to Dress For the Gay Pride Celebrations? Check Out This Guide!

Which Men’s Underwear Styles Are Apt for Workout in Summers?