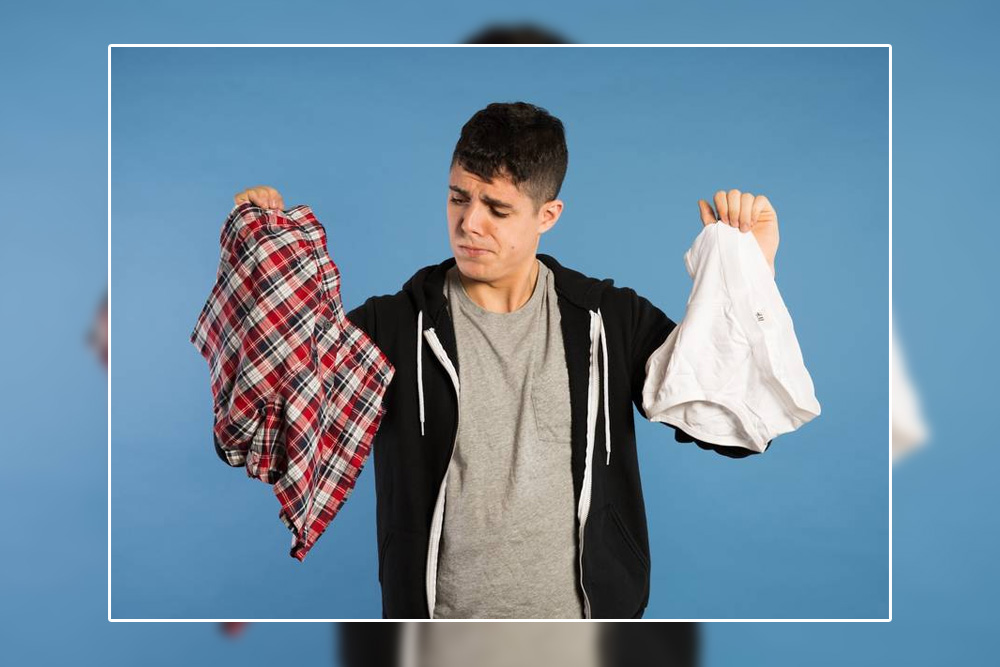 Embarrassed! But why? Why are you feeling embarrassed or shy in asking these important questions? We mean, what’s wrong in asking questions on ” MEN’S UNDERWEAR“? Isn’t that your important part of the clothing!

You guys discuss every freaking thing of this planet, sometimes even fight on useless topics. However, when it comes to having healthy discussions on men’s underwear, you guys feel like staying shut. Now, it’s high time to open up and clear all your doubts.

We scoured the internet for some of the most burning questions and compiled a list of five of the most frequently asked.

Embarrassing question 1: Is there anything called the “best men’s underwear”?

Unless you won’t speak up, you won’t get the answer. Yes, there is something called “best men’s underwear”. There is a large variety of underwear to choose from. Starting from simple and easy-to-carry styles like men’s briefs, boxer briefs, trunks to sexy and slightly difficult-to-handle pairs of men’s underwear such as thongs, jockstrap underwear, and bikini for men.

The style which complements your physique and boosts your confidence is called “best men’s underwear”. For instance, trunks are suggested for those with lean bodies, if you are someone who is into sports and intense workouts, men’s jockstrap underwear is best. Bodily built bodies are made for styles such as briefs and male boxer briefs. For loose-fitting trousers, go for boxers and briefs for fitted pants.

Times when you are not sure about a certain style, ilovemyundies underwear suggestions category will help you figure out the best underwear possible for you.

Embarrassing question 2: How many times should we wash underwear?

The first and foremost thing is, “stop categorizing this question as embarrassing”. This is very important for better hygiene of manhood.

There is no specific number of times underwear should be washed. Because it gets dirty on regular basis, hence you must wash them every day and opt for cleaner pair of underwear. Our bodies produce a lot of perspiration, and more sweat can be noticed in confined areas like the nether regions.

Well, three factors that define your men’s underwear perfectly are, fit, silhouette and fabric. And in which, the fabric is the most important.There are various fabrics used in designing men’s underwear including Silk, Cotton, Modal, Lycra, and Spandex, etc.

Each fabric has its features, therefore, make sure you pick the style depending upon your preferences and the kind of activity you are going to pursue while in those pairs of male underwear.

Embarrassing question 4: When is the right time to replace your men’s underwear?

There is no universally accepted guideline for when a man should change his underwear. However, it is recommended that underwear be changed at least once a year. Start by getting rid of any droopy, faded, or jaded underwear and replace it with something newer.

Embarrassing question 5: Can we switch to going commando mood in a day?

It’s a big no when it comes to going commando in the day. You should ditch a pair of underwear before going to sleep. Daytime is the time when your private parts require the utmost protection. Further, the fabrics which are used for making undies are super soft and gentle to your genitals, hence no infections.

Overall, your underwear should be comfortable to wear, breathable, and stretchy. Make sure they’re always clean and that you only get them from reputable vendors. Make sure you invest in pair of male undies from trusted brands so that you are assured of the quality factor.

Though underwear for men seems tiny, yet it plays a vital role in your comfort level. Therefore, it’s important that you know everything about it.

Why do People pick or trust Calvin Klein Underwear?
Budget-friendly gay underwear brands IGBTQ community unaware off
Want to get lucky tonight? Coyote Jockstrap for men is all you need
Why saying goodbye to underwear is a “BAD IDEA”?

Are you re-thinking purchasing these men’s underwear? Shame on you