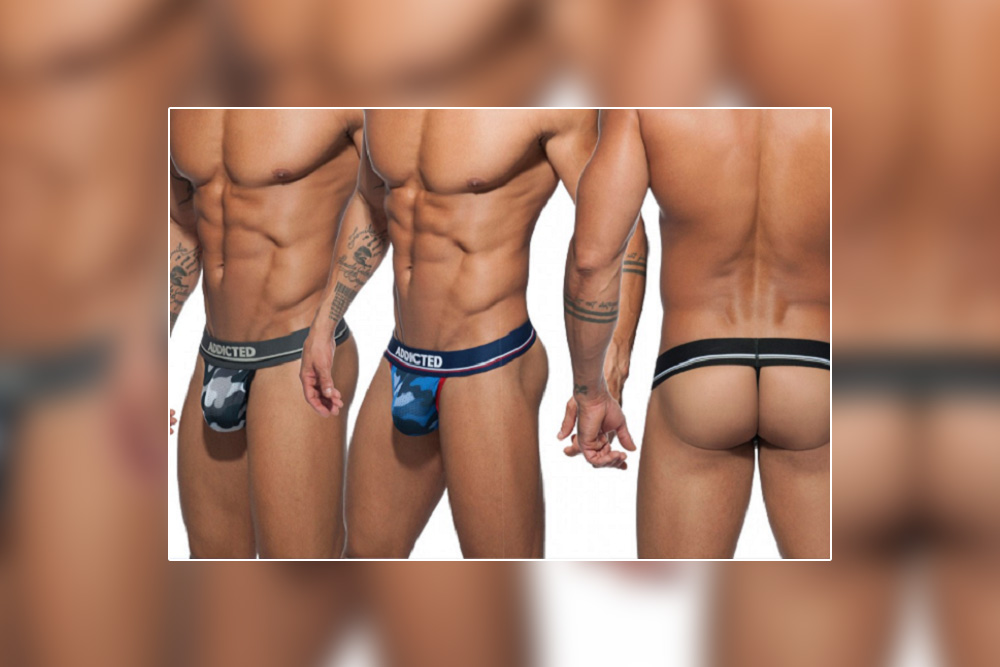 Addicted is the brand which carries one tagline which is to provide the best experience. You can wear any pair of mens underwear but when comes to addicted you’ll surely have a heavenly feeling which is not there in nearly every other brand. Just like this men’s thong underwear, Addicted has a long-range to offer you the most seductive men’s sexy underwear to the one which gives coverage, either way, the comfort is not compromised. Addicted is paying its way toward enhancing its business as the number of customers who put their trust in it has increased. There is no second thought once you slip into the pair of Addicted underwear.

Established in 2009, in Barcelona, Spain. The men’s underwear brand initially started by devoting themselves to planning swimwear for men. It wasn’t well before their creative plan got famous, and soon, their business was quickly developing. Since first debuting, Addicted underwear has extended its plans and assortments into different territories of men’s design, similar to clothing. Their underwear for men is flexible, with wide ranges in outlines, splendid hues, and striking examples. Addicted is a well-known and free name.

The men’s thong underwear with comfortable fabric and the push-up pouch is way more than just looks. Thong for men is reduced to a minimum bikini design. The function is optimized, such as a wide elastic waistband with a thread as the middle bridge between the buttocks to the front bag. The pouch has an extra compartment to lift the entire manhood. This thong for men is sexy camouflage underwear for every day, a pleasure to wear and show. Have fun browsing and buying. In order to know more check out this youTube video, click here:

We fell in love with every variant that Addicted offers. If you crave for something new then Addicted is the mens underwear brand for you. Just like the person seems satisfied in the Instagram post you can experience the same. Hence, to know more check the post here:

How to keep it new?

The very first thing is, do not bleach it. You must not throw your mens thong underwear to the dryer because this easily lessens the life of your pair. It is prescribed to wash with your hands and use a delicate detergent. Do not put it to direct sunlight.